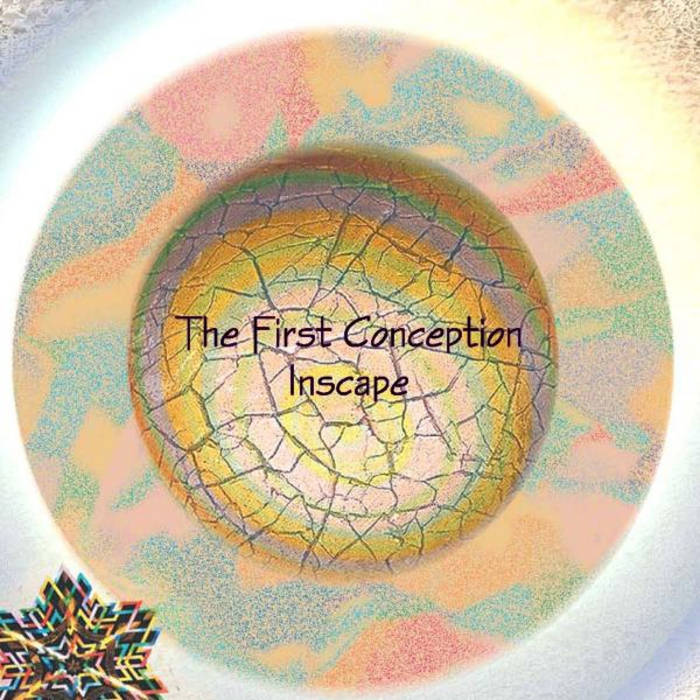 This is The First Conception's second album, featuring Jaki Alden on flute and mandolin as guest musician. This album is not available for sale online right now.

Zacron is best known for designing the iconic Led Zeppelin III album cover for his friend Jimmy Page in 1973. This album cover is part of a vast and varied body of work by Zacron spanning five decades. He's done the same thing for his friend Rogerio Ferreira regarding TFC's Inscape album cover.

The First Conception have developed a unique style which comprises free style original instrumental tracks, early music, folk, easy listening, world, classical, blues and jazz. "We try to create a certain atmosphere within each piece of music that we play." - Rogerio. "We also believe in keeping it sparse." - Tom. "There's a mystical journey one goes on when listening to your music. It sounds very spiritual and mysterious." - Judy, a fan. A friend has asked "Have you contacted the BBC? Your music's good for television documentaries." - Mark.

Selected albums are available for sale at gigs.

Contact for gigs or other work (at reasonable rates) and interviews:
thefirstconception@googlemail.com

All albums are in the process of being repackaged. Thanks for bearing with us.

Recorded by Ian Poole
Mixed by Owen Morgan
Re-mixed and mastered by Will Wilson
at Future Studios of Norwich, United Kingdom